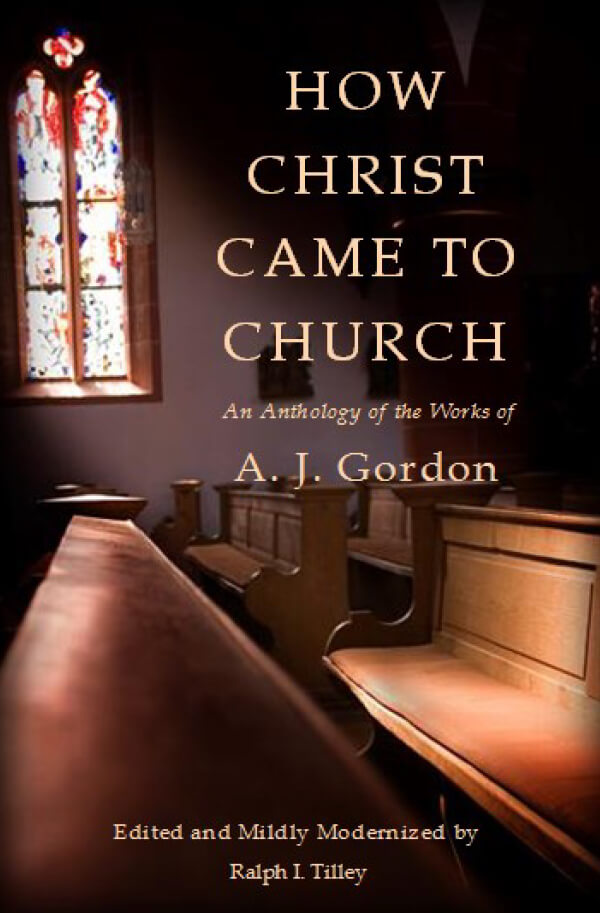 “How Christ Came to Church” is an anthology of many of Adoniram Judson Gordon’s (1836-1895) works. This new edition is edited by Ralph I. Tilley. A. J. Gordon is mostly known in contemporary Evangelical circles by two Christian institutions bearing his name: Gordon College and Gordon-Conwell Theological Seminary. Both schools are located in Massachusetts. However, long before these schools were launched, Dr. Gordon became widely known as the pastor of Clarendon Street Baptist Church, Boston. It was in the early years of his ministry at the church, when Gordon experienced both a remarkable dream and special anointing of the Holy Spirit. These events precipitated a change in his life and ministry, that would eventually impact thousands around the world. Through the Holy Spirit’s personal dealings with him, Gordon became convinced that most ministers and Christians were living beneath their gospel privileges. In reviewing his own walk with Christ and ministerial labors, he came to realize that so much of what he had been engaged in as a minister was done through human effort instead of in the strength and wisdom of the Spirit. He longed for a greater sense of reality in his walk with Christ; he craved a holy heart and a crucified ego; he wanted to be a truly fruitful branch on the Vine. Gordon learned, that when Christ is truly welcomed into the lives of individual Christians and churches, his unhindered presence makes all the difference.